This article is a stub. You can help Jormungand Wiki by expanding it.

The title is a portmanteau of the words "ambivalent" and "idea".

The ending animation is a still image of a spent cartridge on the ground featuring at least two characters with a flickering fire on the right side. The scene starts out in colour but eventually transitions to black and white. The following characters are featured during the ending: 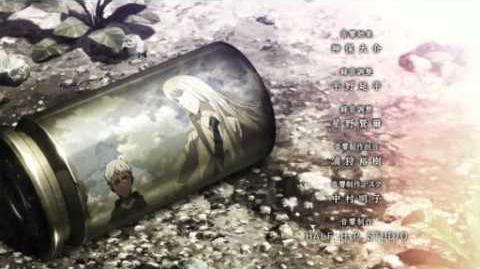 The music video features artwork by Yoshitsugi Yoshida focusing on the outline of a female figure around which various scenes play out. A 45 second version was posted to Youtube on May 15 followed by a 90 second version on June 5. A full length version has not been released.

Community content is available under CC-BY-SA unless otherwise noted.
Advertisement